What is the Sixth Anti-Money Laundering Directive (6AMLD)?

Its mission is to combat money laundering by giving the government and regulatory authorities more prosecuting power while businesses are to ensure compliance. AMLD6 focuses on the nature of the offence of money laundering itself, the scope of liability for committing offences, and the severity of punishments.

The aim of the 6th Anti-Money Laundering Directive Summary is to set minimal regulations, to harmonise the definition of ‘criminal offences’ and add sanctions under existing regulations. Further, it also manages to support the aspects of preventing money laundering directives and strengthening the legal framework around cooperation.

Six months after the adoption of the Fifth EU Anti-Money Laundering Directive, on 12 November 2018, the Sixth EU Anti-Money Laundering Directive (6AMLD) was published by the European Union. There are numerous proposed amendments that firms need to be aware of, the primary changes include broadening money laundering offences to include ‘aiding and abetting’, and ‘attempting’ and ‘inciting’. Along with this, criminal liability should be extended to legal persons, and there should be mandated international cooperation when prosecuting money laundering offences, there are tougher punishments and dual criminality requirements for certain laundering offences.

As per the previous directives, AMLD6 is a logical extension as it aims to eliminate the existing loopholes between member states’ domestic legislation and furthermore provide clear guidance on where the future focus should be. The 6th Anti-Money Laundering Directive, has strengthened sanctions “in order to deter money laundering throughout the Union, member states should ensure that it is punishable by imprisonment of at least four years”, and further states,” member states should also provide for additional sanctions or measures, such as fines, exclusion from access to public funding which includes tender procedures, grants and concessions. Further, there should be temporary disqualification from the practice of commercial activities or temporary bans on running for elected or public office”. Legal person punishments include “exclusion from public benefits or aid, a temporary or even permanent ban from doing business, compulsory winding-up and a temporary or permanent closure of establishments used to commit the offence”. The language of the directive talks about enabling member states to ensure that when sentencing offenders, aggravating circumstances that are set out in the directive should be considered, and they retain discretion as to whether these circumstances should increase a sentence. Whether this leads to more severe sentencing for the most serious money laundering offences remains to be seen. It should also be noted that under the ‘requirement for dual criminality’ member states are required to criminalise money laundering arising from six specific predicate crimes even if the crime was lawful in the incurred jurisdiction.

The 6th Anti-Money Laundering Directive is required to be implemented into domestic legislation by 3rd December 2020. A new corporate offence should be included for failing to prevent money laundering, which is not included in the current regime. The Sixth Directive includes harmonising money laundering offences across the European Union, extending criminal liability to legal persons and aiding and attempting to commit money laundering as an offence.

An individual who commits a money laundering offence within an organisation and aids or abets in the laundering process for a company’s benefit, the 6th Anti-Money Laundering Directive aims to extend criminal liability to legal persons (i.e. companies or partnerships). Which implies that legal persons can now be held criminally if they are caught money laundering.

This extension of criminal liability now also falls to legal persons as well as individuals in certain positions (representatives, decision-makers or those with authority to exercise control) who commit offences for the benefit of their organisation which includes - where the offence was made possible by lack of supervision/control of the individual. Some of these sanctions and penalties contain criminal or non-criminal fines while other sanctions include, i.e. being disqualified from doing commercial activities, which may temporarily or permanently; going under judicial supervision; or, the closure of the establishment which has been used for committing the offence. Lack of supervision or control by a “directing mind’” within the organization which leads to money laundering (even if the offender or root of illegal funds is not identified) now qualifies business leaders to experience penalties themselves. This is a remarkable step in the right direction for AML legislation and puts organizations on the line for their lack of compliance.

To add another significant step, the 6th Anti-Money Laundering Directive has amended the maximum imprisonment for money laundering, which means that ‘natural persons’ will now face offences for up to four years alongside a variety of other sanctions. This is a big step in the right direction for the EU, clearly showing that they aim to take a stricter approach with individuals who are caught money laundering and want to prevent these offences in the future. To add further, any sentence also includes punishments for legal persons, including exclusion from public benefits or aid, a (temporary or permanent) ban from doing business, compulsory winding-up, and a (temporary or permanent) closure of establishments. With AMLD6 as part of the legislation, tougher punishments are expected across the board.

With the 6th Anti-Money Laundering Directive, European Union member states are now required to cooperate with one another in the prosecution of money laundering crimes. This means that when deciding which member will prosecute the individual/firm with the aim of centralising proceedings in a single member state, the concerned member states shall cooperate. Even though AMLD6 should be part of the national legislature by December 2020, member states are required to implement the new regulations by June 3, 2021. For more efficient and fast cooperation between competent authorities, as well as for member states to have effective investigative tools, other measures have also been included. The United Kingdom is not exempt even though it has left the EU so if any UK organizations that are operating within the EU, they still need to comply with AMLD6 and Brexit does not exempt them in any way.

Read more about money laundering terminologies such as independent government bodies known as FATF, the role of an MLRO, or meaning behind Reconciliation. 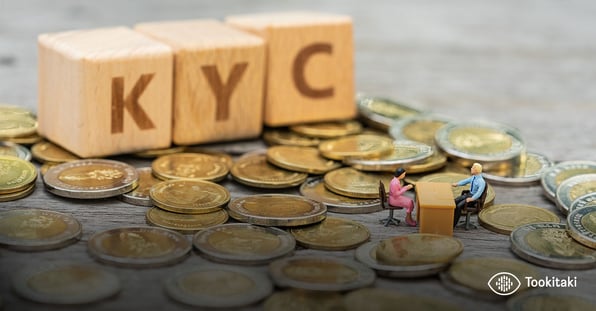 What does KYC mean and what is it?

When talking about KYC (know your customer) checks, people usually refer to the procedure that occurs during onboarding, which involves identifying and validating your customer’s identification. A...
Read More

On 3 December 2020, the EU Sixth EU Anti-Money Laundering Directive (6AMLD) came into play for the members of the single currency region. The directive focuses on standardising the approach of EU...
Read More

Publicised across the globe in September 2020, the FinCEN Files are more than 2,500 leaked documents from the US Treasury's Financial Crimes Enforcement Network (FinCEN) which collects and analyses...
Read More