A cryptocurrency is a digital asset or medium of exchange that uses blockchain technology to record transactions and manage its issuance and transfer. It’s done in a decentralised manner in order to prevent fraudulent transactions. There are currently over 1,000 different cryptocurrencies that have been created for various purposes.

In 2009, the first decentralised cryptocurrency, bitcoin, was created. Since it started to gain more popularity in the past 5 years, monetary policy officers, operators of AML programmes and various regulators have tried to understand how cryptocurrency works. In Canada, there are a large number of cryptocurrency investors and blockchain firms. However, the country hasn’t yet developed a clear regulatory framework for crypto assets. In this article, we’ll look at Canada’s current cryptocurrency regulations, with a focus on those aimed at preventing financial crimes like money laundering and terrorist financing.

Is Cryptocurrency legal in Canada?

Cryptocurrencies are treated the same as commodities by the Canada Revenue Agency (CRA) and not money in the case of taxes. Under securities laws in Canada, cryptocurrencies or “tokens” are classified as securities.

Since digital currencies do not come under any government or central authority, such as the Bank of Canada, the financial institutions don’t manage or oversee it.

Cryptocurrency purchases made as a speculative investment are taxable in Canada. After purchasing a cryptocurrency, the owner should calculate the cost for tax purposes. They will realise taxable income or loss when cashing out crypto in Canada.

If cryptocurrencies are acquired as a consideration for the provision of goods or services, such a transaction is taxable under Canada’s barter transaction tax rules.

According to the Financial Consumer Agency, when a consumer files their taxes, they must report any profit or loss from selling or buying cryptocurrencies since it could be a taxable income or capital for the taxpayer.  As a result, the CRA has requested more information to assist in determining whether transactions are income or capital in nature.

Canada became the first country to approve regulation of cryptocurrency in the case of anti-money laundering in 2014, passed by the Parliament of Canada under Bill C-31. The bill declares to amend Canada’s Proceeds of Crime (Money Laundering) and Terrorist Financing Act to include Canadian cryptocurrency exchanges. It has laid out the framework for regulating entities “dealing in digital currencies” as money services businesses (“MSBs”).

The people dealing in cryptocurrency are bound by the same anti-money laundering regulations as those dealing in bank authorised currency. This includes KYC and aml processes such as record keeping, verification process, suspicious transaction reporting (STR), and registration regulation. Since July 2018, amendments resulting from Bill C-31 have not been proclaimed in force.

The MSBs are required to send a report of large cash transactions to the Financial Transactions and Reports Analysis Centre of Canada (“FINTRAC”) with the application of other money laundering techniques as well, that on a single transaction that amounts to $10,000 or more. In the case of two or more cash transactions which are less or equal to $10,000 each made by the same person or company, they need to send the receipt within 24 hours of one another.

Since mining converts electrical energy into waste heat, it can result in large quantities of power being used for what may be perceived as a socially undesirable purpose. Also, since it enables the operation of a variety of cryptocurrencies, it functions as a point for regulatory intervention.

Government regulators have adopted a “hands-off” approach for the time being in mining. However, intervention by government authorities can grow seeing the power used by cryptocurrency mining operations, along with the use of various Canadian cryptocurrency exchanges which can facilitate other illegal activities.

To counteract the dangerous effects of such regulations on their operations, bitcoin miners can also move to private power sources as time goes on.

Notices and statements have been issued by certain security regulators regarding the potential application of securities laws to cryptocurrency offerings (“ICOs”). This confirms that regulators continue to carefully monitor investment activity in this space.

As per Canada’s securities laws, a prospectus must be filed and approved with the relevant regulator before anyone legally distributes securities. A prospectus is a detailed document based on disclosing information about the securities and the issuer to prospective investors.

The Bank of Canada states that it has no plans to issue a cash-like central bank digital currency at this time (CBDC). However, it is implementing a number of initiatives to prepare for the future of money and payments. It noted that it will build the capacity to issue a general purpose, cash-like CBDC should the need to implement one arise.

The Bank of Canada tested Digital Depository Receipts (DDR) back in 2016 and 2017. This was tested in Project Jasper where the Bank of Canada issued DDR, just like it would issue Canadian currency. This project’s mission was to better understand the potential impacts of blockchain technology on Financial Market Infrastructure.

Project Jasper was a joint initiative conducted between the public and private sectors. A closed, simulated payment system was made to test and show the true potential for blockchain.

There were two phases of the project – Phase One and Phase Two. Phase One was where the system was developed on an Ethereum platform that used Proof-of-Work consensus protocol to operationally settle transactions. Whereas Phase Two was built on the Corda platform where the Bank of Canada served as a notary, accessed the ledger, and verified the transactions. The bank also considered legal settlement finality.

Project Jasper was designed so that a transfer of DDR equaled a transfer of the underlying claim on central bank deposits. While the use of DDR required significant involvement by the bank, it did provide certainty regarding legal settlement finality rarely found in blockchains.

While there may not be a competitor to the currency in terms of laundering volume at present, the ever-increasing use of cryptocurrency and their unregulated or less-regulated nature in many jurisdictions mean that the financial world has a lot to worry about. Many large companies now accept the digital currency for payments of products and services.

Cryptocurrency really has the potential to replace their paper and plastic variants. Therefore, it is important to analyse the loopholes enabling these currencies to be used for money laundering and to develop adequate counter technologies to combat the crime.

MSBs need to have a well-designed AML compliance programme. This should be a well-balanced combination of compliance personal and technology. Having an in-house compliance team may be feasible only for large MSBs. However, the same is usually very expensive and impractical for smaller firms. They would have to rely more on highly intelligent process automation tools and platforms to sift out illegitimate transactions from large data sets.

Tookitaki has developed a first-of-its-kind Typology Repository Management (TRM) framework to effectively solve the shortcomings of the static rules-based AML transaction monitoring environment that traditionally exists. It’s also a first of its kind software that uses collective intelligence instead of data that works in silos. Through continual learning, TRM is an intelligent and efficient means of identifying money laundering. Financial institutions will be able to capture shifting customer behaviour and stop bad actors with high accuracy and speed using this advanced machine learning approach.

To learn more about our powerful AML solutions, speak to one of our experts today. 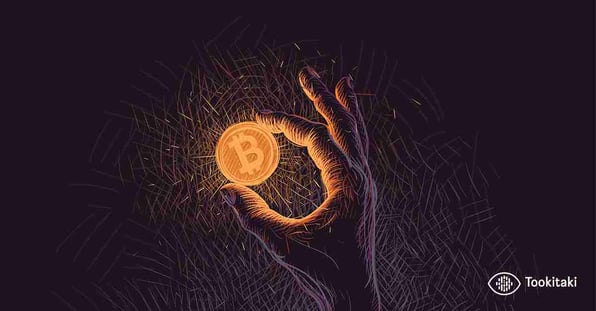 Cryptocurrencies are legal tender and are handled as such in Japan.
Read More

Is Cryptocurrency Legal In The US and What Are The Regulations?

From Bitcoin to Ethereum, we’ve all heard of Cryptocurrency. However, the legality around the asset is sometimes confusing. Is the trading of cryptocurrency legal in the US? We’re breaking it down...
Read More

Cryptocurrencies are a very useful technology innovation that helps individuals and institutions access financial products and services in a faster and cost-effective manner. However, their rise as...
Read More