A Guide To Anti-Money Laundering In Indonesia

The largest economy in Southeast Asia is Indonesia, which has a GDP of over 1 billion US dollars. Due to the country's strong economy, Indonesia is also a G20 member. The country is vulnerable to financial crimes as a result of the money flow through it.

Indonesia was added to the FATF's "blacklist" of nations with a high risk of money laundering in 2012, and it was later taken off the list in 2015. 2018 saw the FATF admit Indonesia as an observer member.

APG, an organisation that localises FATF compliances in the Asia/Pacific region, and an associate member of FATF, both have Indonesia as a member state.

Indonesia is improving its ability to address vulnerabilities. There is generally a high level of technical compliance with anti-money laundering/combating the financing of terrorism (AML/CFT) standards, and authorities continue to develop regulations that are geared toward a risk-based approach. Only slight changes are required in terms of the coordination between the public and private sectors of the economy.

The Basel AML index 2021, a global index of measuring AML/CFT risks of countries, ranks Indonesia at 76 in a list of 110 countries with the highest AML risk. The Basel AML Index measures the risk of money laundering and terrorist financing (ML / TF) in jurisdictions around the world. It is based on a composite methodology, with 17 indicators categorised into five domains in line with the five key factors considered to contribute to a high risk of ML/TF. It scores Indonesia 4.68 out of 10 (10 being the highest). This puts Indonesia in the medium-risk category.

The international standard for the fight against money laundering and the financing of terrorism has been established by the Financial Action Task Force (FATF), which is a 33-member organisation with primary responsibility for developing a world-wide standard for anti-money laundering and combating the financing of terrorism. The FATF was established by the G-7 Summit in Paris in 1989 and works in close cooperation with other key international organisations, including the IMF, the World Bank, the United Nations, and FATF-style regional bodies.

Indonesia is the only G20 member country that has not been a member of FATF, but an observer.

To support its application for FATF membership, Indonesia strengthened its AML regulations in 2017. According to the new rules:

The FATF Status of Indonesia

Indonesia was removed from the FATF List of Countries that have been identified as having strategic AML deficiencies on 26 June 2015.

In March 2022, they published a report that included key Financial Sector Assessment Programme (FSAP) recommendations for Indonesia, including integrating key money laundering or terrorist financing (ML/TF) risks in the priorities and operations of relevant agencies.

An earlier report published in January 2021, stated that as digitalisation accelerates in Indonesia during and post COVID-19, risks emerging prior to the pandemic are becoming even more relevant. Increased use of digital technology leads to increased vulnerability to data and privacy risks, loss of digital connectivity due to natural disasters, cyber-attacks, money laundering and terrorist financing, which may worsen if the use of digital means is scaled up in times of crisis.

Regulators and Legislators in Indonesia

The Financial Services Responsibility of Indonesia, also known as Otoritas Jasa Keuangan (OJK), and Bank Indonesia  (BI/ Central Bank of Indonesia), are in charge of creating AML legislation in Indonesia and have regulatory and oversight authority over all banks and financial institutions.

The OJK - Financial Services Authority of Indonesia is an Indonesian government agency which regulates and supervises the financial services sector. Its head office is in Jakarta. It was founded in 2011 as an independent, autonomous agency with a mandate to safeguard Indonesia's financial stability. As part of this responsibility, the OJK issues banking licences and keeps track of AML compliance.

PPATK - The Indonesian Financial Transaction Reports and Analysis Center or INTRAC or PPATK is a government agency of Indonesia, responsible for financial intelligence. The agency is formed in 2002 to counter suspected money laundering and provide information on terrorist financing

In addition, the Bank of Indonesia issued Regulation No. 14/27/PBI/2012 on implementation of Anti-Money Laundering and Combating the Financing of Terrorism Programmes for Commercial Banks as well as Regulation No 19/10/PBI/2017 regarding the adoption of an “Anti-Money Laundering and Prevention of Terrorism Financing for Non-Bank Payment System Service Provider and Non-Bank Currency Exchange Service” Procedure. Extensive regulations exist related to the application of know your customer (KYC) standards.

The main piece of anti-money laundering law in Indonesia is OJK Regulation No.12/POJK.01/2017 concerning the Implementation of the Anti-Money Laundering Programme and Terrorist Funding Prevention in the Financial Service Sector. The law mandates that institutions adopt a number of AML and CFT provisions that adhere to OJK and FATF norms.

There are no international sanctions currently in force against this country.

Penalties for Money Laundering in Indonesia

There are a number of potential penalties for breaking Indonesia's anti-money laundering laws, including fines of between IDR10 billion and IDR100 billion and prison sentences of up to 20 years.

Along with drug trafficking and illicit logging, wildlife trafficking, theft, fraud, embezzlement, and the sale of fake goods are additional risks, as is the financing of terrorism, corruption, and tax evasion.

The banking, financial markets, real estate, and auto industries are used to launder criminal proceeds before they are transferred back home.

Improvements still need to be made in the areas of analytical training for law enforcement, increasing judicial authorities' knowledge of pertinent offences, improving technical capacity to conduct financial investigations as a regular part of criminal cases, and more training for those working in the financial services industry.  Additionally, the bank secrecy laws make it difficult for investigators and prosecutors to perform effective asset tracing because they need better access to complete banking records.

What Needs to be Done?

The following measures from a government perspective can help reduce the country’s AML/CTF risk:

Banks and financial institutions in Indonesia respond to the challenges of money laundering they face by enhancing their anti-money laundering regulations and working toward the criteria outlined in the FATF's 40 Recommendations.

The FATF AML policy relies heavily on the risk-based approach, which involves determining the level of risk that particular clients and customers pose. Practically speaking, Indonesian AML compliance strategies must:

Innovations in tech have led to financial institutions - traditional as well as new-age ones such as digital banks, wallets, payment service providers, etc. - facing more complex financial crime challenges, particularly in the area of money laundering. Current siloed, rules-driven AML systems are not designed to keep pace with the growing business and compliance challenges that have emerged due to FinTech-led disruption in the space. These solutions struggle to:

This is made possible by Tookitaki’s game-changing approach to democratising AML insights, with the aid of an ecosystem of AML experts, through a privacy-protected federated learning framework. Tookitaki has enabled AML experts from all around the world to create and share the largest library of patterns of money laundering and financial crime behaviour, often called typologies. Tookitaki’s typology repository is a first-of-its-kind initiative allowing banks and financial institutions to join forces in the fight against financial crime.

Money laundering is based on a complex trail of financial transactions. Multiple complex rules are required to effectively monitor one pattern. Tookitaki has created a tool which allows firms to design rules based on real-life red flags. Instead of managing hundreds of rigid rules, AML officers can leverage fewer typologies which are easier to maintain and explain to regulators, whilst providing better risk coverage than static rules. Tookitaki’s Transaction Monitoring solution unlocks the power of typologies to detect hidden suspicious patterns and generates fewer alerts of higher quality.

To learn how your business can benefit and strengthen your compliance efforts, contact us today. Our team of experts are on hand to answer all your questions. 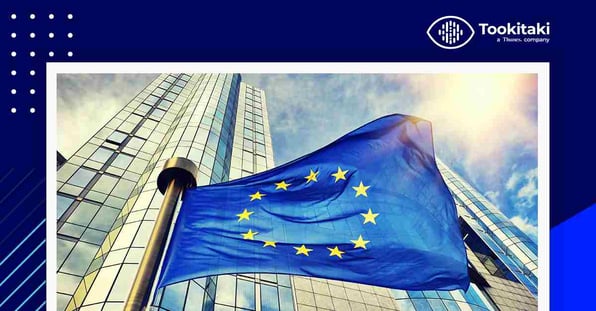 The world faces a combination of traditional and newer money laundering methods, according to the Committee of Experts on the Evaluation of Anti-money Laundering (AML) Measures and the Financing of...
Read More

Tookitaki equips Oxygen to stay ahead of the regulatory environment, combat crime and be effective in meeting its AML compliance obligations
Read More

Tookitaki Launches in the Philippines