Which countries are in the FATF GREY list? (Updated October 2022)

The FATF GREY list is prepared by the Financial Action Task Force (FATF), an intergovernmental body formed to combat money laundering. It was established in July 1989 by the G7 Summit at the Arche de la Defense in France as part of the group’s efforts to curb drug trafficking. The task force was convened from the G-7 member States, the European Commission and eight other countries. The Economic Declaration from that G-7 Summit states that the task force is convened “to assess the results of cooperation already undertaken in order to prevent the utilisation of the banking system and financial institutions for the purpose of money laundering, and to consider additional preventive efforts in this field, including the adaptation of the legal and regulatory systems so as to enhance multilateral judicial assistance”.

The FATF is headquartered in Paris and has two official languages: English and French. It also has a French name: Groupe d’action financière (GAFI). It periodically lists out countries and jurisdictions that are identified as having strategic deficiencies in their regimes to counter money laundering. The list is referred to as the FATF grey list.

Since its inception, the global agency has played a key role in identifying and preventing financial crime by setting standards and promoting effective implementation of legal, regulatory and operational measures. Today, FATF is regarded as the global anti-money laundering watchdog and its policies are highly regarded and treated as law by members and many non-members. The agency has more than 200 countries and jurisdictions as its subjects. It has developed the FATF Recommendations, or FATF Standards, ensuring a “co-ordinated global response to prevent organised crime, corruption and terrorism”. By working against money laundering, the agency looks to tackle other crimes such as illegal drug deals, human trafficking and funding for weapons of mass destruction.

The FATF is involved in reviewing money laundering and terrorist financing techniques and constantly strengthens its standards to address new and emerging risks. The task force also monitors countries to ensure they implement its standards fully. The process of monitoring the implementation of its Recommendations is done through peer reviews or “mutual evaluations” of member countries. Following the review, the FATF lauds good efforts from countries and also holds non-complying countries to account.

To identify non-complying countries, FATF has maintained the FATF blacklist or the “Call for action” countries and the FATF grey list or the “Other monitored jurisdictions” since 2000. The FATF blacklist is the agency’s official list of “Non-Cooperative Countries or Territories” (NCCTs) which it judges to be non-cooperative in the global fight against money laundering and terrorist financing.

According to the FATF, the NCCTs are those having “significant strategic deficiencies in their regimes to counter money laundering, terrorist financing, and financing of proliferation”. In connection with the blacklisted countries, the agency cautioned its members “to apply enhanced due diligence, and in the most serious cases, to apply counter-measures to protect the international financial system from the ongoing money laundering, terrorist financing, and proliferation financing risks emanating from the country”. As of 3rd August 2020, North Korea and Iran were on the FATF blacklist.

The FATF grey list is the agency’s official list of countries and jurisdictions that are identified as having strategic deficiencies in their regimes to counter money laundering, terrorist financing, and proliferation financing. Unlike the blacklisted ones, the grey list countries actively work with the FATF to address strategic deficiencies in their regimes. “When the FATF places a jurisdiction under increased monitoring, it means the country has committed to resolving swiftly the identified strategic deficiencies within agreed timeframes and is subject to increased monitoring,” says the FATF.

These countries are mandated to periodically report on the progress made in addressing the identified strategic deficiencies, while the FATF closely monitors the progress of their agreed action plans expeditiously and within the proposed timeframes. “The FATF does not call for the application of enhanced due diligence to be applied to these jurisdictions but encourages its members to take into account the information presented below in their risk analysis.”

While the greylisting is not as severe as the blacklisting, where countries are subjected to hard-hitting economic sanctions, it creates a negative impact on the economy of the listed country. Their transactions on the international level are closely monitored and thoroughly scrutinised. Some countries may also stop economic relations with a greylisted country. As of June 2022, the following 23 countries are on the FATF grey list.

Since June 2018, when Pakistan made a high-level political commitment to work with the FATF and APG to strengthen its AML/CFT regime and to address its strategic counter terrorist financing-related deficiencies, Pakistan’s continued political commitment has led to significant progress across a comprehensive CFT action plan.

In response to additional deficiencies later identified in Pakistan’s 2019 APG Mutual Evaluation Report (MER), in June 2021, Pakistan provided further high-level commitment to address these strategic deficiencies pursuant to a new action plan that primarily focuses on combating money laundering. Since June 2021, Pakistan has taken swift steps towards improving its AML/CFT regime and completed 6 of the 7 action items ahead of any relevant deadlines expiring, including by demonstrating that it is enhancing the impact of sanctions by nominating individuals and entities for UN designation and restraining and confiscating proceeds of crime in line with Pakistan’s risk profile. Pakistan should continue to work to address the one remaining item in its 2021 action plan by demonstrating a positive and sustained trend of pursuing complex ML investigations and prosecutions.

In October 2022, the FATF noted Pakistan had strengthened the effectiveness of its AML/CFT regime and addressed technical deficiencies to meet the commitments of its action plans regarding strategic deficiencies that the FATF identified in June 2018 and June 2021, the latter of which was completed in advance of the deadlines, encompassing 34 action items in total. Pakistan is therefore no longer subject to the FATF’s increased monitoring process, the FATF confirmed.

Pakistan will continue to work with APG to further improve its AML/CFT system.

The FATF grey list screening and monitoring is the process of screening customers against the FATF grey list by firms ensuring the effectiveness of their AML programme. Normally, financial regulators across the globe mandate their subjects to do necessary checks while onboarding customers and throughout their business relationships. Screening a customer against the FATF blacklist and grey list and monitoring their transactions on an ongoing basis will help mitigate AML/CFT risks effectively.

Tookitaki’s powerful screening solution provides razor-sharp matching accuracy, enabling you to improve the customer experience from onboarding to ongoing due diligence. Designed for the global nature of digital business, AMLS Smart Screening provides exhaustive coverage with the features such as:

The solution helps accurately score and distinguish a true match from a false match across names and transactions in real-time and in batch mode. In addition to screening against sanctions lists, the solution covers politically exposed persons (PEPs), adverse media and local/internal blacklist databases.

For more details into our Smart Screening solution, speak to one of our AML experts. 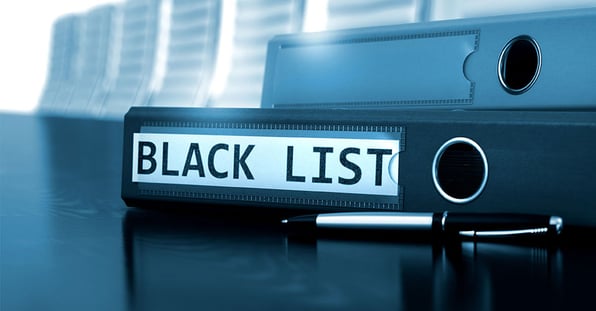 What is OFAC? OFAC stands for The Office of Foreign Assets Control. It is a department under the US Treasury that works towards administering and enforcing economic and trade sanctions, which is...
Read More