Financial Action Task Force (FATF) is an independent inter-governmental body that helps develop and promote policies to protect the global financial system against money laundering, terrorist financing, and other facets of corruption. FATF was founded in 1989, comprises 39 member countries and its headquarter is placed in Paris, France.

The rise in international trade and the global economy has resulted in an increase in financial crimes such as money laundering. Comprising over 39 countries, FATF has a ministerial mandate to establish international standards for combating these financial crimes. Over 180 jurisdictions have joined the FATF and committed at the ministerial level to implementing the Financial Crime Task Force Standards and having their anti‐money laundering (AML) systems assessed.

FATF stands for Financial Action Task Force. It was established in July 1989 by a Group of Seven (G-7) Summit in Paris, initially to examine and develop measures to combat money laundering and the threat it posed to the world financial system. At that time, their main responsibilities of the Financial Action Task Force (FATF) were to analyze and determine what the most common tactics were to money laundering, to reflect on what was already being done in order to tackle financial crime, and make goals for what could be accomplished for the future.

After completing their research, FATF proceeded to generate 40 Financial Action Task Force Recommendations that were meant to guide its members through the processes of regulating the financial sector and curbing corruption. The FATF Standards, which comprises the Financial Action Task Force Recommendations themselves and their interpretive notes, together with the applicable definitions in the glossary the regulations ensure a co-ordinated global prevention towards organized crime, corruption, and terrorism. It helps the authorities to go after the money made by criminals that come from dealing with illegal drugs, human trafficking, and other crimes. Along with this ideal, the FATF also works to stop funding for weapons of mass destruction.

They are aiming to strengthen FATF Standards to address new risks, such as the regulation of virtual assets, which have spread as cryptocurrencies that gain popularity. FATF monitors every country to ensure that the FATF Standards are implemented fully and effectively and holds the countries accountable which do not comply.

How does FATF work?

Money laundering is a century-long crime, which continues to pose a significant threat to governments, financial institutions, and businesses even today. Thus, credit unions, financial institutions, banks, and corporations are required to set in place an Anti-Money Laundering Compliance Program. Another way to put an emphasis on regulatory monitoring, reporting, and compliance to benefit the finance industry, businesses can even choose RegTech. RegTech’s objective is to enhance transparency as well as consistency and to standardize regulatory processes. Whereas, an AML Compliance Programme can help businesses keep a track of transactions and flag off any illegal financial activities to the concerned authorities.

Financial action task force on money laundering - The FATF has prepared a Guidance and Best Practices, which is a comprehensive set of guidelines and best practices to assist jurisdictions in their implementation of the Financial Action Task Force Recommendations. It is to provide support to countries and their financial institutions in designing Anti-Money Laundering(AML) measures that meet the national goal of financial inclusion.

Applying an overly cautious approach to AML safeguards may have the unintended consequence of excluding legitimate businesses and consumers from the financial system.

The Financial Action Task Force’s Guidance paper focuses on ensuring that AML controls do not inhibit access to financially excluded and underserved groups. This may include low-income rural sectors and undocumented groups. The paper extensively explores the initiatives to address financial inclusion taken in developing countries, since that is where the challenge is the greatest.

The Guidance paper also reviews the different steps of the AML process, be it Customer Due Diligence(CDD), record-keeping requirements, reporting of suspicious transactions, use of agents, internal controls. For each of these processes, it presents how the Financial Action Task Force (FATF) Standards can be read and interpreted to support financial inclusion.

The Financial Action Task Force Recommendations are internationally endorsed global standards for implementing effective AML measures. They help to increase the transparency of the financial system, making it easier to detect criminal activity and give countries the capacity to successfully take action against money laundering and terrorist financiers.

In order to successfully implement the FATF Recommendations, every country must:

Customer due diligence: This helps prevent criminals from operating anonymously or under false identities. This happens by accurately identifying customers and knowing enough about their businesses to be able to differentiate between legitimate and illegal activity.

Record keeping: To keep accurate customer identification and transaction records that can be promptly accessed by the authorities and enable customer transactions to be traced.

During the early 2000s, and particularly after the 9/11 terrorist attacks, World Governments grew cautious of the funding in terrorism, as well as other types of financial crime. These growing concerns brought the Financial Action Task Force to alter its mission and update its Financial Action Task Force Recommendations. A complete revision of the Guidance and Standards was made. With regard to terrorist financing, the Financial Action Task Force (FATF) compiled extensive research on how the terrorists got their funding, where the money came from, and what tactics were used to avoid detection. The FATF then found different ways to prevent these methods and obtain the terrorist organizations from getting more money. A recently released document provides detailed information on wire transfers, weapons of mass destruction, and other forms of corruption that can allow terrorists to gain financing. This document is available on their official website.

According to the official website, there are 39 member nations of the Financial Action Task Force (FATF), representing most of the financial centers around the world. These nations are:

There is currently only one FATF observer nation, which is Indonesia. 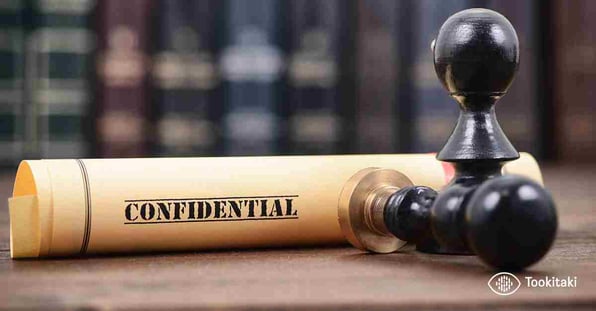 Publicised across the globe in September 2020, the FinCEN Files are more than 2,500 leaked documents from the US Treasury's Financial Crimes Enforcement Network (FinCEN) which collects and analyses...
Read More