What are the AML/CTF Rules?

What are the AML/CTF rules? The Australian Transaction Reports and Analysis Centre (AUSTRAC) is the Australian government’s primary financial intelligence agency set up to detect, deter, and disrupt criminal abuse of the financial system. Their job is to identify and prevent money laundering, terrorism financing, tax evasion, organized crime, and welfare fraud. The government agency operates under the authority of the Anti-Money Laundering and Counter-Terrorism Financing Act (2006), and its efforts to combat money laundering include:

Australian Transaction Reports and Analysis Centre (AUSTRAC) works with a range of other government agencies such as law enforcement, security services, and revenue agencies to implement AML policies and procedures. Firms or individuals who fail to comply with these regulations can be detained or charged with fines.

Anti-money Laundering and Counter-Terrorism Financing Rules - How are They Made?

The Anti-Money Laundering and Counter-Terrorism Financing Rules are made by the AUSTRAC CEO after which they are registered on the Federal Register of Legislation. Any changes to the AML CTF Rules will be made through Amendment Instruments, individually. All of these individual rules are then formed into a single compilation of the full legislation which is the AML/CTF Rules. Any amendment to the AML CTF Rules is made by consulting with the relevant government agencies, industry, and other stakeholders.

What is CTF? What are the AML/CTF Rules & Regulations?

What is CTF? What are the AML/CTF Rules? AUSTRAC is Australia’s primary financial intelligence agency and regulator. They are tasked to prevent ML/TF and other financial crimes. Their agenda is to ensure that fintech, banks, and other financial institutions in Australia operate in compliance with AML/CTF regulations, and the standards provided by the Financial Action Task Force (FATF).

Australia’s primary legislation for AML is the Anti-Money Laundering and Counter-Terrorism Financing Act 2006. The AML CFT Rules are there to ensure that firms develop, adopt, and maintain their AML/CTF program which reflects their business’ circumstances. The program will set the processes, procedures of AML/ CTF obligations/regulations that will help to identify, mitigate, and prevent ML/TF risks.

To identify the ML/TF risk of the firms, the following needs to be considered:

Firms can combat ML/CT and money laundering techniques by reporting a customer’s suspicious behavior to AUSTRAC. FIs can detect suspicious transactions or activity by submitting an SMR to the relevant authority. It will be invaluable to AUSTRAC and partner agencies if they are able to identify the illegal activity with the help of prompt and accurate reporting of suspicious activities. The following are some common indicators to report an SMR if a customer:

Firms must employ an MLRO officer who can decide whether the suspicion is of sufficient amount for the officer to report SMR to the relevant authorities. It is an offense to inform others apart from AUSTRAC that the firm has a suspicion about a customer. This is why in certain situations it might be inappropriate to ask for further information from a customer or a third party without alerting them to the firm’s suspicions.

Firms need to file and submit an SMR to AUSTRAC within 24 hours of suspicion related to terrorism financing. The period of time for reporting will increase by 3 business days if the firm's suspicion is related to money laundering, tax evasion, or fraud. The reports can also be submitted virtually via AUSTRAC Online. The employees need to inform the compliance officer or complete an SMR if they think a customer or transaction is suspicious. The compliance officer is responsible for submitting SMR to AUSTRAC.

Collection and Verification of KYC Information

Firms need to establish risk-based systems and controls to help determine whether they’ll need to update or verify details for their customers. This is similar to the collection/verification of additional customer information for KYC information. Although, ongoing customer due diligence occurs after a relationship with the customer has been established, not when it is being established. For example, there is a shift in customer transaction patterns such as the country where they are transferring the money, frequency, volume, value, etc, or if the customer may be involved in some suspicious activity.

Firms need to establish and maintain a program for transaction monitoring to help identify any suspicious transactions and report them to AUSTRAC.

Suspicious transactions can be complex, unusual, or large. They can even have uneven patterns or be multiple in number to avoid report thresholds. Financial transactions with no apparent economic or visibly lawful purpose can be deemed suspicious.

Financial Institutions must have an enhanced customer due diligence (CDD) program in place in case there is a high money laundering and terrorist financing risk. The CDD program can help set procedures for such situations when a suspicious matter reporting obligation arises, or where the customer is a Prominent Public Function (PEP).

An enhanced CDD program must be applied when:

Record keeping is another important part of a Firm's AML/CTF regulations also include record keeping. The employees are required to:

If the compliance program is modified, a record copy of the previous version must be kept for seven years from the date it is replaced by the new program.

What is a Legislative Instrument?

The first AML regime for Australia was established by the Financial Transaction Reports Act 1988 (FTRA). The government required the reporting of transactions that involved certain cash threshold amounts. This requirement was introduced at a time when the focus was to tackle drug trafficking - a business that predominantly still runs on cash. In 1989, the Financial Action Task Force (FATF) was formed to address the same concern about money laundering in the drug business. They developed AML/CTF standards, commonly known as FATF 40 Recommendations. In 2005, in their 3rd round of mutual evaluation of Australia’s implementation of the FATF Recommendations, FATF found that the Australian systems were well behind international AML best practices. In response to this, in December 2005, the Australian Government released their Anti-Money Laundering and Counter-Terrorism Financing Bill for consultation, which later became the AML/CTF Act (2006) on 12th December 2006. 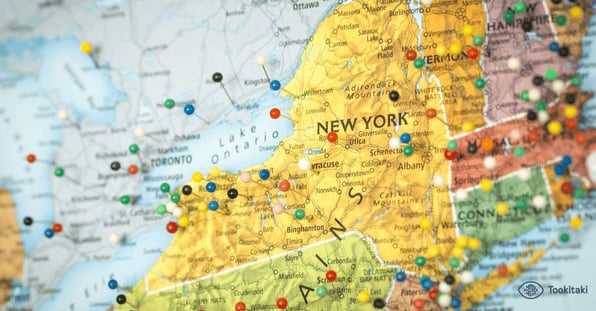 The New York State Department of Financial Services (NYSDFS) is a department of the US state government. It is responsible for regulating the state’s financial services and products, including those...
Read More
5 mins

What is Terrorist Financing?