OFAC stands for The Office of Foreign Assets Control. It is a department under the US Treasury that works towards administering and enforcing economic and trade sanctions, which is based on US foreign policy and national security goals. The department works collectively against terrorists, targeted foreign countries and regimes, international narcotics traffickers, those people related to the proliferation of weapons of mass destruction, as well as other threats to the foreign policy, national security, or the economy of the United​ States.

What is the OFAC list? Based on the country, OFAC programs have control to freeze the assets of embargoed countries, prohibit the payment of funds to people or countries on the embargo list, or forbid the provision of services to those select countries that are subject to US sanctions. The US sanctions require obtaining OFAC approval before they conduct their research or any other activities involving the country that has been sanctioned. It may also be the case that some sanctions can be more restrictive than others, and can also apply to the entire country, while others may specifically target certain people or groups within the country. The countries that are currently sanctioned are Syria, Liberia, Burma, Côte D'Ivoire (also known as Ivory Coast), Belarus, North Korea, Cuba, Democratic Republic of Congo, Sudan, Balkans, Iran, Iraq, Liberia, and Zimbabwe. This list is updated regularly and can be viewed on the US Government’s official website.

What is OFAC? The Office of Foreign Assets Control (OFAC) is also authorized to designate individuals or groups (including those based in the US) on the Specially Designated Nationals List (SDN List). The reason to designate them as SDNs is down to narcotics trafficking, weapons proliferation, and others. In case one is heading a discussion with a proposed collaborator, it’s important to know the SDN list for the name of that individual or group with whom they’re dealing to see if they come under the list of targeted individuals or groups.

What is an OFAC Check?

What is an OFAC Check? Corporations, institutes, and individuals based in the US must comply with trade sanctions and regulations mandated by OFAC. For an institute, which is an international industry, insurance, or finance, it’ll be a great addition for the company to have an OFAC background check. Indeed, this will save the employer any complications in the long run. Further, it is an added benefit to know from the beginning that the company or the candidate is complying with all federal laws.

What is an OFAC check? Conducting an OFAC check is an accurate method to check a candidate in case a business, corporate or institute is hiring them in the financial, trade-based, money services, or insurance industries. Other businesses that engage in foreign companies would benefit from knowing that their vendors or employees have taken and passed the OFAC background check. In case any business, entity, or individual is working with a vendor or a person who has not passed the OFAC background check will be charged for the crime and be subjected to a fine under the federal law. Committing this crime can lead to a fine of $50,000 to $10 million for an individual, entity or business and a jail sentencing between 10 to 30 years.

What is the OFAC Sanction List? OFAC publishes a list of people, corporates, and institutes owned or controlled by or acting for/on behalf of the countries that are targeted. Along with this, the list includes the individuals, entities, or groups that are part of illicit activities, such as terrorists and narcotics traffickers. They are designated under programs that are not specific to any country.

1. Specially Designated Nationals List
What is the OFAC list? OFAC Sanction List: After the brutal attacks of 9/11, OFAC spent more time focusing on acts of terrorism, paying attention to identifying terrorists. They created the Specially Designated Nationals List (SDN List). The SDN list comprises individuals and institutes which are controlled/acting for other countries that are targeted, or illicit groups, such as terrorists and narcotics traffickers, amongst others. Individuals or groups that are part of the SDN list have their assets blocked, and people based in the US are prohibited from dealing with them. This list was primarily created for financial institutions but, with its increasing growth, it’s also being used by insurance companies and foreign businesses.

What is the OFAC Search Tool?

Along with returning results that are the exact matches (when the slider bar is set to 100%), the OFAC Search Tool or Sanctions List Search gives a broader set of results using its fuzzy logic. The fuzzy logic uses character and string matching and phonetic matching. Just the name field of Sanctions List Search incites fuzzy logic once the tool is run, while the other fields on the OFAC Search Tool make use of the character-matching logic.

The second technique, which involves breaking the name string, is entered into multiple parts. For instance, John Doe would be split into two name parts. Then, following this, each of these name parts is compared to names on all of OFAC's sanctions lists using the Soundex and Jaro-Winkler algorithms. The result from this search makes a final score for one name part that is entered, with a composite score for all name parts entered. The Sanctions List Search uses both of these techniques every time the search is operated and returns the higher of the two scores in the column for the final score.

Read More: About the Financial Action Task Force (FATF) organization.
Read More: What is the role of a Money Laundering Reporting Officer (MLRO)?
Read More: Which countries are stated in the FATF Grey List Countries? 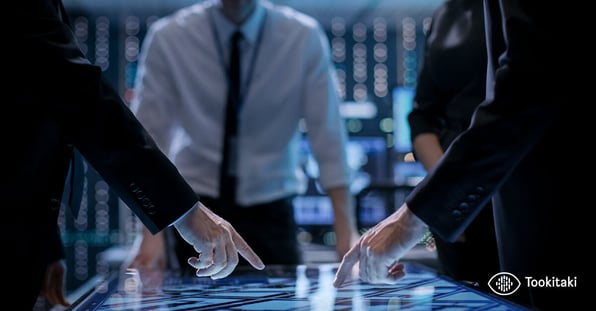 What are OFAC sanctions and why should you care about them? One of the most powerful US agencies battling financial crime is the Office of Financial Assets Control, which enforces US sanctions across...
Read More
6 mins

What is the Specially Designated Nationals and Blocked Persons List (SDN)?

The Office of Foreign Assets Control (OFAC) creates the Specially Designated Nationals and Blocked Persons list – also known as the OFAC SDN list – in order to carry out its responsibilities.
Read More

What Does OFAC Stand for in Banking?

What does OFAC stand for? OFAC stands for the Office of Foreign Assets Control. It is a department under the US Treasury that works towards administering and enforcing economic and trade sanctions,...
Read More