What is money laundering?

Various crimes such as corruption, human trafficking, illegal arms sales, embezzlement, insider trading, cyber fraud schemes and illegal drug deals generate large amounts of money for wrongdoers. However, they need to disguise the dirty money’s illegal origin to use it for legitimate purposes. For the purpose, criminals put significant time and effort to devise and execute strategies to conceal the origins of illegally obtained money so that it can be used as they wish. Money laundering is this illegal process of disguising the source of ill-gotten money to make it legitimate. The United Nations Office on Drugs and Crime (UNDOC) defines money laundering as “the method by which criminals disguise the illegal origins of their wealth and protect their asset bases, so as to avoid the suspicion of law enforcement agencies and prevent leaving a trail of incriminating evidence.”

In most cases, criminals use a complex sequence of banking or commercial transactions to disguise the illegality of criminal profits so that criminal proceeds are accounted without being caught by law enforcement agencies. They spend time to devise and execute strategies for the purpose. The execution of such strategies is generally called money laundering activities. Criminals use successfully laundered money for legitimate purchases and investments. Sometimes, the end of goal of money laundering is to channel the money to terrorists and terrorist organisations to fund their criminal acts. Some countries consider obfuscation of money sources as money laundering. Here, the mere use of financial systems or services that do not identify or track sources or destinations can amount to the crime.

It is difficult to estimate the total amount of money being laundered because of the secretive nature of the crime. However, there are certain estimates that point to the grotesqueness of the crime. According to the UNDOC, the amount of money being laundered across the globe every year is equivalent to 2-5% of global GDP, or USD800 billion – USD2 trillion. It is important to note that there are multiple crimes that generate hundreds of billions of dollars every year for criminal enterprises. For example, drug trafficking is estimated to make between USD426 billion and USD652 billion in proceeds every year. Meanwhile, human trafficking is more than USD150-billion/year criminal business.

There have been attempts to measure the money laundering risk of countries. One such measure is the Basel AML Index which ranks 125 countries on five domains: quality of AML/CFT framework, bribery and corruption, financial transparency and standards, public transparency and accountability, and legal and political risks. The 10 countries with the highest money laundering risk according to the Basel AML Index 2019 are given in the table below.

Independent research within/about some countries also points out the seriousness of the crime.

The purpose of money laundering is to convert dirty money into clean money. In order to do that, criminals used to transact money across various financial institutions and countries in various forms of assets or investments, before the money reaches its intended destination. A typical money laundering activity involves three stages:

The stages of money laundering are represented in the image below. 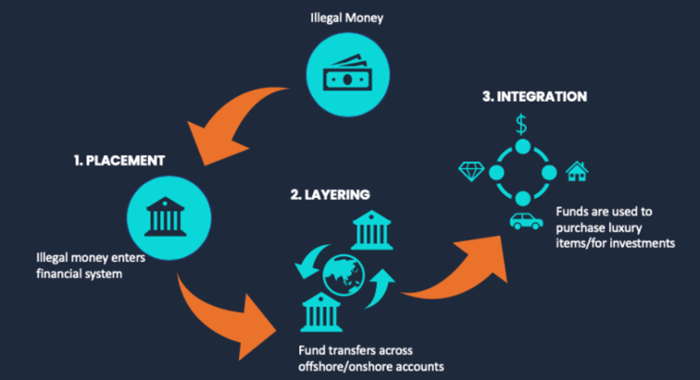 Please note that some of these steps may not be there in some money laundering cases. For example, non-cash proceeds that are already in the financial system need not be placed. 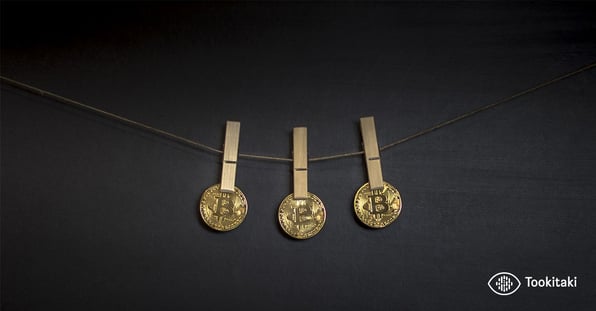 Layering in Money Laundering: Everything You Need To Know

Criminals profit immensely from illegal activities such as human trafficking, sales of arms and prohibited drugs, extortion, corruption and theft. They, somehow, need to conceal the criminal nature...
Read More

Money laundering – the criminal activity of disguising the source of illegally obtained money to make it usable in the legitimate financial system– involves three steps. In the first phase, called...
Read More
6 mins