What Is The United States Department Of Justice or DOJ?

The United States Department Of Justice (DOJ) is a United States federal government agency that is tasked with law enforcement and the objective administration of justice. The agency was established in 1870 by President Ulysses S. Grant and is based in Washington, D.C. The Computer Crime and Intellectual Property Section (CCIPS) of the Department of Justice investigates and prosecutes computer and intellectual property (IP) offences all over the world.

The DOJ detects and prosecutes computer and intellectual property (IP) crimes across the world.
It was established to aid the Attorney General’s Office in its efforts to “prosecute and conduct all actions in the Supreme Court” pertaining to the United States. The structure and scope of the Justice Department evolved in tandem with the government’s regulatory reach.
Today, the DOJ is the largest law office in the world, with a budget of $25 billion and numerous offices, boards, and divisions, including the offices of the Attorney General, Deputy Attorney General, Associate Attorney General, and Solicitor General.

What does the Department of Justice do?

Department of Justice litigation activities are conducted through its Criminal, Civil, Civil Rights, Tax, Antitrust and Environmental and Natural Resources divisions. To administer and enforce the law, the DOJ uses several enforcement agencies, including the FBI, the DEA, and the US Marshals Service. The DOJ also manages the federal prison system through the Bureau of Prisons.

What does the department of justice investigate?

The Department of Justice investigates all types of federal crimes, from bank robbery and abduction to financial crimes such as money laundering, bribery and corruption, and terrorism financing. Federal criminal investigations are initially led by law enforcement agencies, with the Department of Justice providing guidance and legal advice. The DOJ prosecutes its cases through the federal court system, from the initial hearing to trial, sentencing, and appeal, if the parties involved are charged.

Who is the department of justice headed by?

The Department of Justice (DOJ) is a cabinet-level organisation in charge of implementing federal law in the United States. The Department of Justice protects the public against international and domestic threats, such as terrorism, while also combating crime. The Federal Bureau of Investigation (FBI), the US Marshals Service, the Bureau of Alcohol, Tobacco, and Firearms (ATF), and the Drug Enforcement Administration are all part of the department (DEA). The United States Attorney General, the nation’s senior law enforcement official and chief legal counsel to the President, oversees the Department of Justice. The Solicitor General, who represents the federal government in matters heard by the Supreme Court, is another key DOJ officer.

To know more about our AML solution and its unique features, request a demo here. 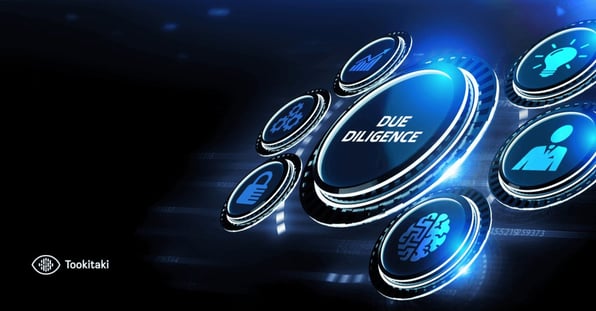 What Is Vendor Due Diligence?

When a firm wants to purchase, collaborate with, or engage into a commercial partnership with another company, it performs vendor due diligence (VDD). Vendor due diligence, like customer due...
Read More
4 mins