Currency Transaction Report (CTR): All You Need To Know

In this article, we will learn more about Currency Transaction Reports and the importance of CTRs in preventing financial crimes.

What is a Currency Transaction Report (CTR)?

A currency transaction report (CTR) is a form used by the US financial institutions to help prevent instances of money laundering. This form must be filled out by a bank representative when a customer requests to deposit or withdraw currency totaling greater than $10,000. It is part of the banking industry’s anti-money laundering (AML) responsibilities: a form of adding limits to the value of transactions. By implementing this form, banks in the US add a level of documentation and security to high-value transactions in order to prevent financial crimes.

Financial institutions in the US are required to file CTR with the Financial Crimes Enforcement Network (FinCEN) for each deposit, withdrawal, exchange of currency, or other payment or transfer which involves a transaction in currency of more than $10,000.

Generally, financial institutions are defined as banks, other types of depository institutions, brokers or dealers in securities, money transmitters, currency exchangers, cheque cashers, and issuers and sellers of money orders and traveler’s cheques.

In the context of CTR, currency means the coin and/or paper money of any country that is designated as legal tender by the country of issuance. Currency also includes the US silver certificates, notes, Federal Reserve notes, and official foreign bank notes.

The evolution of CTR

These “exempt persons” are:

When the CTR was initially implemented, the judgment of a banker was the only thing that would result in the filing of a transaction less than $10,000 as suspicious. This was due to the financial industry’s concern about the right to financial privacy. The right to financial privacy ceased to be an issue when filing a suspicious activity with the passage of the Money Laundering Control Act in October 1986.

As part of the Act, the US Congress stated that a financial institution could not be held liable for releasing suspicious transactional information to law enforcement agencies. As a result, the next version of CTR had a checkbox at the top for suspicious transactions. The CTR form was once officially Form 104, but it is now Form 112, which is to be filed electronically using FinCEN’s E-filing system.

How does a bank file a CTR?

Most banks in the US currently have software solutions that instantly create a CTR electronically with details such as tax identification number and other customer information, when it processes a transaction worth more than $10,000. Unless the customer asks, the bank is not required to tell the customer about breaching the $10,000 threshold and filing of a CTR. If the customer asks about the threshold and CTR filing and declines to continue the transaction, the banker should file a SAR.

Upon disclosing the filing of CTR, if the customer requests to change the amount, the banker should deny such a request and continue the transaction and filing of the CTR. In order to avoid CTRs, criminals often use a technique called structuring where they break a large transactional amount into smaller parts. This is punishable by US Federal law. A bank’s software solutions can identify habitual transactions just under the $10,000 threshold and these may get flagged as suspicious leading to SARs.

Banks are required to file a CTR by the 15th calendar day after the day of the reportable transaction with the FinCEN. Bankers will face civil and criminal penalties for failure to file a CTR or to supply information or for filing a false or fraudulent CTR. Banks are also required to keep a copy of each CTR for five years from the date filed.

Transaction examples that necessitate a CTR

Given below are some examples of transactions that a banker should report by filing CTRs.

CTRs form an important part in the US’s anti-money laundering policy. In order to prevent financial crimes, CTRs require financial institutions to verify the identity and Social Security Numbers of customers who are attempting a large transaction. This norm is applicable whether or not that customer has an account with the institution.

They make it possible for financial institutions to determine which transactions they need to monitor very closely. They help highlight suspicious activity and unusually large sums of money being transferred from high-risk clients. This documentation process also helps if law enforcement wants to trace back the steps of financial criminals.

Speak to one of our experts to find out how your institution can strengthen AML compliance through next-generation technology. 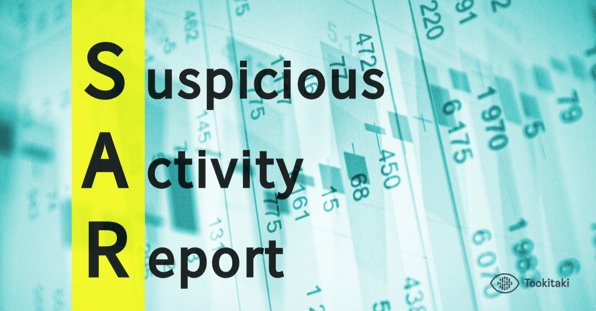 Suspicious Activity Report (SAR): What You Need to Know

In 2009 alone, an estimated USD 1.6 trillion was laundered globally, according to the United Nations Office on Drugs and Crime (UNODC). To combat the growing volume of illicit financial activities,...
Read More