EU Proposes new regulations to take AML to the next level

Earlier in July, the European Commission came up with four legislative proposals. One of these was its 6th Anti Money Laundering Directive (AMLD 6) to support Anti-Money Laundering (AML) and countering the Financing of Terrorism (CFT) framework in Europe.

Money laundering has become a major pain point not only for Europe but for the world due to its ever-increasing size. For the European Union, tackling money laundering has been one of the longstanding priorities, but the bloc is yet to make any notable success with its actions.

The new regulations look to close loopholes in the current system and improve the identification of suspicious transactions and activities. In addition, they aim to increase the region-wide cooperation among Financial Intelligence Units (FIUs), which are investigative units established to centralise the gathering of suspicious activity reports related to financial crimes, and address emerging challenges such as the rapid increase of financial crimes with the help of cryptocurrencies.

“We have made huge strides in recent years and our EU AML rules are now among the toughest in the world. But they now need to be applied consistently and closely supervised to make sure they really bite. This is why we are today taking these bold steps to close the door on money laundering and stop criminals from lining their pockets with ill-gotten gains,” said Valdis Dombrovskis, Executive Vice President of the European Commission for An Economy that Works for People.

What’s in the proposals?

The European Commission’s package of legislative proposals is intended to enhance the existing EU AML/CFT framework by “taking into account new and emerging challenges linked to technological innovation”. They would also make compliance easier for operators subject to AML/CFT rules, especially for those active cross-border, according to the commission.

The first of the four legislative proposals are related to the formation of a new EU-wide AML authority for enhanced AML/CFT supervision and increased cooperation among FIUs. The Authority for Anti-Money Laundering and Countering Terrorism Financing (AMLA) addresses the region’s present AML/CFT oversight, which is lacking in quality and efficacy due to “substantial differences in resources and procedures across Member States.” The AMLA would become a centrepiece of an integrated AML/CFT supervisory system, consisting of the authority itself and separate authorities in the member states.

A Single EU Rulebook for AML/CFT

The second proposal is about a regulation that ensures that AML/CFT obligations are directly-applicable all over the single currency region. The Single EU Rulebook for AML/CFT will ensure consistency in AML/CFT rules across the EU. “It streamlines beneficial ownership transparency across the internal market, addressing those aspects where a lack of granularity had created possibilities for criminals to exploit the weakest link”, says the proposal. In line with FATF standards, the proposal looks to ensure a consistent approach across the EU to the mitigation of risks deriving from bearer shares and bearer share warrants.

The third proposal is about the creation of a sixth Directive on AML/CFT (6 AMLD) which will replace the existing fifth AML directive (AMLD 5). This proposal, together with the second proposal, fulfils the objective of establishing an EU single rulebook for AML/CFT matters. “Compared with the current Directive, it increases consistency by ensuring that when supervision is performed by self-regulatory bodies, those self-regulatory bodies are subject to oversight by a public authority,” says the proposal document. This suggestion also takes into account the recent updates to the FATF recommendations in terms of assessing and mitigating the risks of targeted financial sanctions evasion.

The fourth proposed legislation would help trace transfers of crypto-assets and limit large cash payments. With the regulation, the EU looks to prevent the crypto-asset sector from being abused for financial crimes. “Given that virtual assets transfers are subject to similar money laundering and terrorist financing risks as wire funds transfers, they must also be submitted to similar requirements, and it appears logical to use the same legislative instrument to address these common issues,” the proposal states.

The proposals are expected to be operational by 2024 following a discussion on the same by the European parliament and council.

Expected benefits from the regulations

On the whole, the regulations would help EU member states align and organise their individual AML/CFT efforts to the region’s objectives.

At present, coordinated work from more than 100 supervisory entities, Financial Intelligence Units (FIUs) and law enforcement agencies are required for effective AML detection in the EU.

The Union has relied on regulators in member countries to enforce its rules, but it did not always get their support. The creation of AMLA as a central authority related to the AML/CFT matters would improve coordination among member states with clear guidelines.

Even if the EU has had provision for registries of ultimate beneficial owners, their use for AML purposes has been minimal. The new proposal would enhance beneficial ownership transparency and prompt their increased use during AML investigations. The requirements for crypto service providers to collect and make accessible data of senders and beneficiaries would address lack of transparency in the EU crypto space.

Mairead McGuinness, EU Commissioner responsible for financial services, financial stability and Capital Markets Union said: “Money laundering poses a clear and present threat to citizens, democratic institutions, and the financial system. The scale of the problem cannot be underestimated and the loopholes that criminals can exploit need to be closed.” “We are increasing coordination and cooperation between authorities in member states and creating a new EU AML authority. These measures will help us protect the integrity of the financial system and the single market.”

In order to be successful, the EU’s legal and regulatory initiatives would require increased cooperation and collaboration between private and public sectors and stakeholders within the private sector. Karel Lannoo, Chief Executive of think tank Centre for European Policy Studies in Brussels, writes that “fundamentally new methods are required to detect money laundering. They should consist of a truly risk-based regulatory framework and enhanced co-operation between financial and non-financial supervisors, financial intelligence units and judicial authorities.”

“Ample use of technology can be made while respecting data privacy, areas of competence and free competition,” he adds. As money laundering techniques are growing in volume and complexity, we need more data inputs from varied data sources to differentiate good customers from bad customers.

Financial institutions can no longer sustain fighting financial crimes the conventional way by just focussing on rules-based, siloed detection with no or limited insights from peer banks. AML insights from relevant stakeholders will help create a better context around customers and their activities.

Typology Repository is a fast-growing database of AML typologies or scenarios sourced from a network of AML experts globally, including financial institutions, law enforcement, regulators, and non-profit organisations.

For more information on our AML solution and the ways in which it supercharges your transaction monitoring capabilities, speak to one of our experts today.

Anti-Money Laundering (AML) is a significant burden for large and small banks, irrespective of their line of business. Money laundering techniques are evolving faster than we could think. In order to...
Read More

One of the fastest growing economies in Southeast Asia, the Philippines, known to be a traditionally cash-heavy nation, has made significant strides in the digital transformation of its payment...
Read More 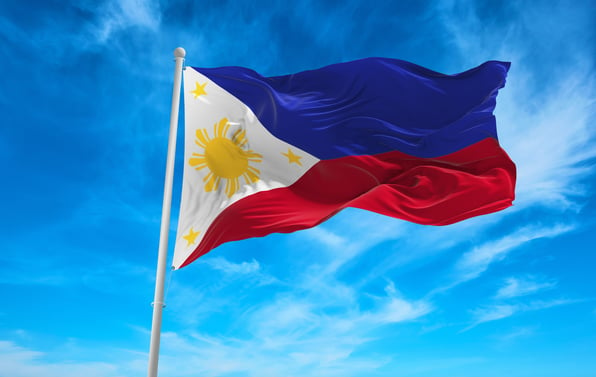